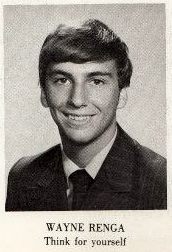 Wayne dedicated many years to model railroading. Through God's blessing, his hobby became his business, J and W Electronics. He was granted a patent in October of 2007 for his invention of the BCR. He was an active member of the Stillmeadow Crossings Train Club.

He is survived by his two sons, Jeff and Michael Renga; a sister, Maryann Meola; and several nieces and nephews. He was proceeded in death by his parents, Emmanuel Renga and Ida Molino Renga.
There will be a visitation Friday April 7 from 7 to 9 p.m. at Stillmeadow Church of the Nazarene, 400 Stillmeadow Lane York. A celebration of life service will be held on Saturday, April 8 at 1 p.m. with a luncheon to follow at Stillmeadow Church of the Nazarene.

In lieu of flowers, donations may be made in his memory to the Stillmeadow Crossings Train Club, 400 Stillmeadow Lane York PA 17404.

Ready for our 45th reunion?
We've got a separate Facebook group for that.
It's a closed group so anyone can see it, but only members can post.
Looks like, if you ask to join, anyone in the group already can approve you. 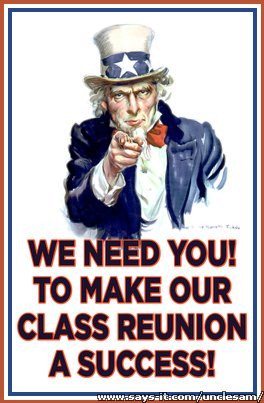 Columbus day weekend and seaside has a great parade and street fair all weekend.

Ok People, 45 is coming soon, we started to work on it, so if you want to send updated info on you or someone you know, send it to loujolee@gmail.com or lou.pallante@markelcorp.com .

Email ThisBlogThis!Share to TwitterShare to FacebookShare to Pinterest
Labels: Belleville, In Memory, N.J.

Ok People 45 is coming soon, we started to work on it so if you want to send updated info on you or someone you know.

Oct 7th 2017 Park Pavillion at the Sawmill in Seaside Heights

I'm sure. make the weekend out of it, it's Columbus Day weekend and seaside has a great parade and street fair all weekend.
-- Lou Scaltrito

Find us on Facebook-Reunion
and here:
Belleville High School, Class of 1972

Ready for our 45th Annual Reunion

OK GUYS. It's going to be 45 years next year and Lou Pallante is starting to talk about a reunion.

How about having it at Seaside Heights for a change of venue. In October they have a street fair for Columbus day and the weather is still great and hotels and the boardwalk are open. 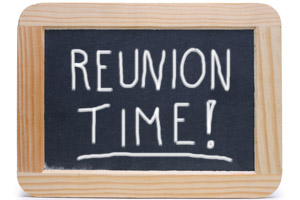 Lets start talking about it??? add friends from class

Email ThisBlogThis!Share to TwitterShare to FacebookShare to Pinterest
Labels: Class of 1962. Class of 1972, class reunion

on September 20, beginning about 9-ish (if we can stay up that late)

Classmate Phil Bruno and Jersey Sound will be performing.

For reservation information, contact Michelle DeMarco (on Facebook) for
preferred seating as we rock on! (in the bar area, casual attire)
Please spread the word among our classmates.

Class of '72 classmate Anthony Buccino collected his favorite
and most-requested writings about life
and growing up in Belleville, New Jersey.

Greetings From Belleville is Buccino's fourth collection of essays but the first wholly dedicated to his collected writings about Belleville. More than forty essays and reflections on everything from junior high school bullies to selling pretzels for Ed Strat at Belleville High School football games at Municipal Stadium.

This collection includes the Excellence in Journalism award-winning Don the TV man.

Sure, as you read it you'll say 'I could have written this." But you didn't. So buy a copy of the book.

Greetings From Belleville by Anthony Buccino
in print, Kindle and Nook.

See you at our 45th-year reunion,

All rights reserved. Content may not be used for commercial purposes without written permission.

Tales from your hometown 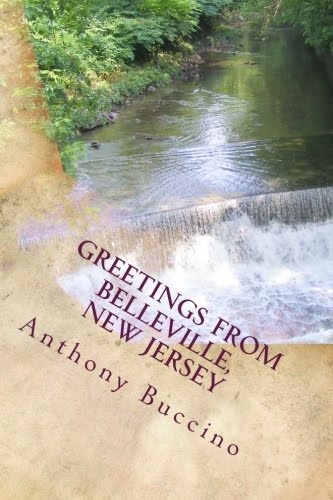 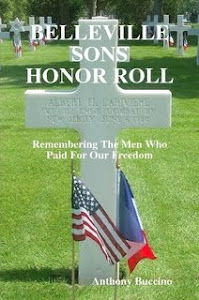 Remembering the men who paid for our freedom

Dog Tales in Prose and Verse 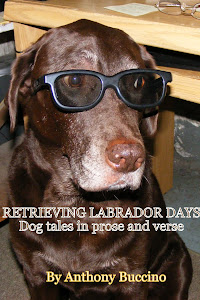 'Every dog should have a boy'

Not What You Remember From 8th Grade

In print and on Kindle ereader

We're All Getting There 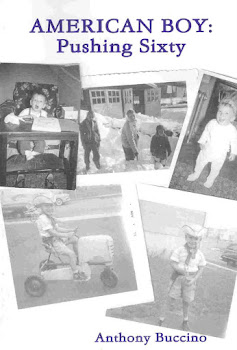 A quick look at the past few decades

Check out Phil Bruno and the band

ARB
New Jersey writer Anthony Buccino has published many based in and around New Jersey.